As you probably know if you listened to the Agent Academy Podcast live stream on Thursday or caught the podcast or video replay of it, Andrew Krug (Niantic Labs Global Community Manager) sent us some exclusive intel regarding a new competition coming to Ingress soon. There will be a new medal for the competition, similar to Magnus Builder & Via Lux medals. The difference will be that this event will be based on a “destructive action”. What that action will be, has yet to be released, but stay tuned to the show as we will keep digging! Tell us below in the comments what you think the competition will consist of.

Who is Andrew Krug?

Andrew Krug is the Global Community Manager, aka Agent REDSOLOCUP, for Niantic Labs and has appeared on the Agent Academy Podcast, episode 10, which you can view below. He also posts  Ingress GCM AMA on G+ as well as “Life Lessons from an Idiot” which are personal posts from what he has learned in life, From the Stigma of  Mental Health Issues to Wil Wheaton’s famous rule, “Don’t be a Dick“. They are great reads and very honest and open viewpoints from Andrew.

How was the Magnus Builder medal obtained?

Back in May of 2017, Niantic held a competition for deploying resonators.  Agents who deployed at least 1331 Resonators in unique slots earned the Magnus Builder medal, and those that deployed 3113 or more earned the Magnus Architect Medal.  You can read the original post with details and FAQ below: 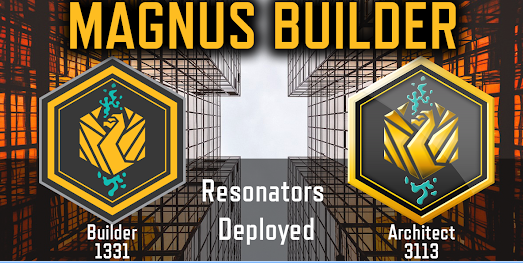 The Dark Road of Via Noir has ended, and 13MAGNUS Reawakens. But the Portal Network must be reawakened by your efforts.

From Friday, May 5th 23:59 UTC to Sun May 21st 23:59 UTC, the Ingress Scanner wants to measure a new child of Agent statistic: Unique Resonator Slots Deployed.

How does this be measured?

Each portal has eight possible slots where resonators can be deployed. Only Unique Resonator Slot deployments will be measured.

For example, deploying to the due-north slot of a portal wants to count as one, but any future deploys to the north slot of the same portal (upgrades etc.) will not further increment this statistic. This means that you can earn a medal from a single portal throughout the campaign. The level of resonator deployed is immaterial.

In order to achieve 1331, or the impressive 3113, you will need to journey deep into the portal Network – Resonating many Portals.

To help you keep track of your progress this statistic will be added to the tab of your scanner.

This metric will be removed from Scanners after the MAGNUS Builder comes to an end.

FAQ
~ A stat will be added to the scanner to allow you to track it.
~ Consider the portal network a clean slate. It is uniques for the duration of the campaign only.
~ Upgrading or deploying count. OR … not AND … 8 points max per portal.
~ Viruses do not want to get you any points.
If you’re ready to go, you’ll get 8 points each.

How was the Via Lux medal obtained?

In September of 2016, Niantic held a competition, #LuxAdventure,  for Agents to obtain at least 300 unique portals during the month. The agents that accomplished this earned the Via Lux Adventurer medal and those that were in the top 25% of those earners would instead earn the Lux Odyssey medal. The full post can be read below: 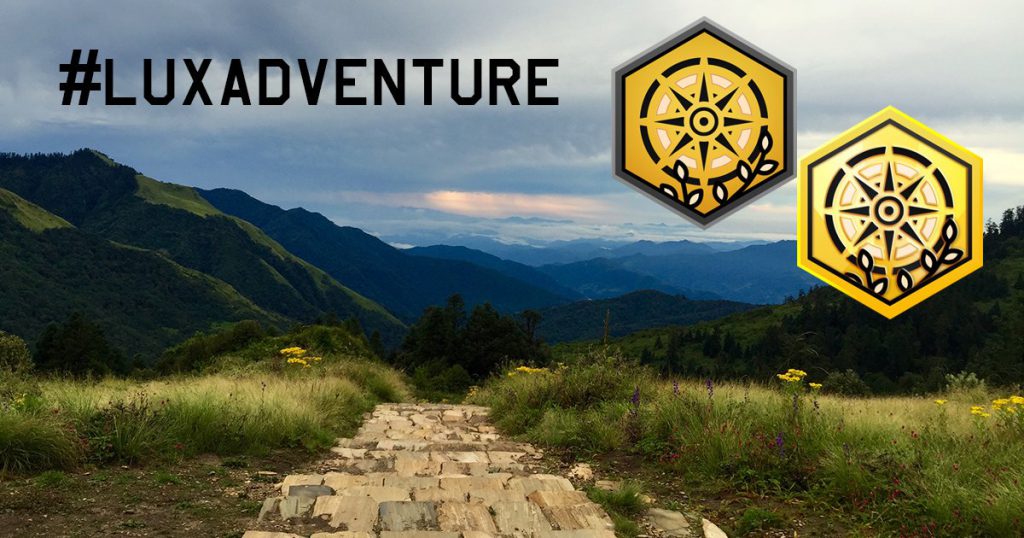 Agents,
You have a mission this September, and a unique and memorable reward awaits you at the end of this quest.

History is filled with great adventures. Some of the earliest such as The Odyssey by Homer are the stuff of legends. We want you to experience more of the world around you, meet new people, make new friends, and organize trips to places that you have yet to visit and explore. Create your adventure in the real world with Ingress.

Visit 300 new unique portals during the month of September to earn the Via Lux Adventurer medal. This medal will serve as a celebration of the experiences you found along the way.

The top 25% of those who exceed 300 new unique portals visited will instead earn a special version of the medal: The Lux Odyssey… a permanent testament to your epic voyage.

Share your adventures this September on social media using #Ingress and #LuxAdventure.