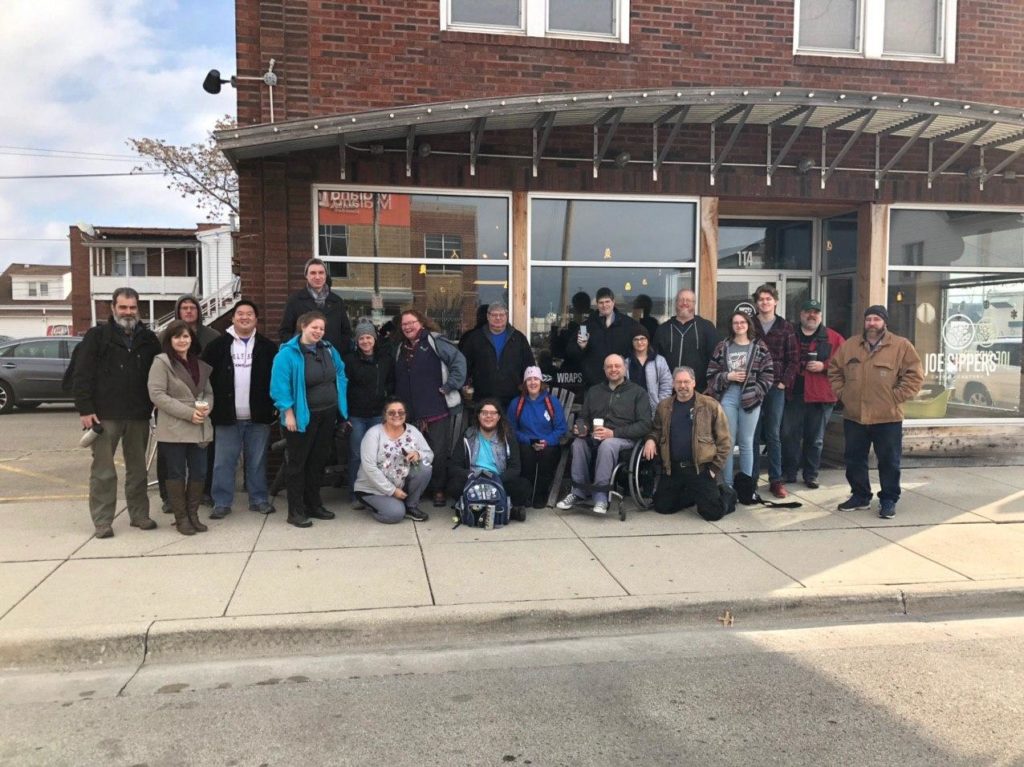 This is just proof that GoonieGuy is plum crazy!  Goonie decided to drive the six hours to attend a First Saturday in Effingham IL on January 4th.  Agent Dewey J only had to go twelve miles to make the First Saturday so he was there as well.  Effingham is not a large city by any means but it is a good example that you don’t have to have a large metro area and hundreds of agents to get a First Saturday off the ground.  It takes a few agents to plan and set up the FS and a fair amount of getting the word out to get agents to show up.  Most of the 21 agents at the Effingham FS came in from an hour or more away to brave the cold and have a great time.  (The Hong Kong FS only had 17 agents so we beat them!) Goonie was NOT the agent that came the farthest away to attend the FS; that honor goes to Resistance agent giggles692 who came in from Boston MA, 16 hours away!  She was in the area and heard about the FS and caught a ride to the FS.

Effingham had what you need for a successful FS – a place to meet and a few blocks nearby with a lot of portals.  Agents stocked up on as many L1 resonators and L8 busters they could hold in preparation for the FS action.  Agents scattered at the start and soon the map came alive with deploys, links and bursters as portals were captured, destroyed, and recaptured.  After a couple of hours of braving the cold we all came back together to enjoy a lunch, hand out some swag and of course to hit the restocking portal.

If you have never been to a First Saturday the upcoming FS events in February and March (in the US) might be a good time to get to a “smaller” FS event since the number of agents attending FS events in colder months are fewer.  That can get you ready for those FS during the spring and summer months when there should be more agents and more action.  FS events are also great places to put a face on an agent name for your faction and the opposing faction.  If you are looking to make contacts with your local faction an FS is a great place to find the local faction groups, messaging boards and who knows maybe you can get in on that operation that your faction is planning.  If nothing else it does the one thing that Ingress is all about – it gets you moving! 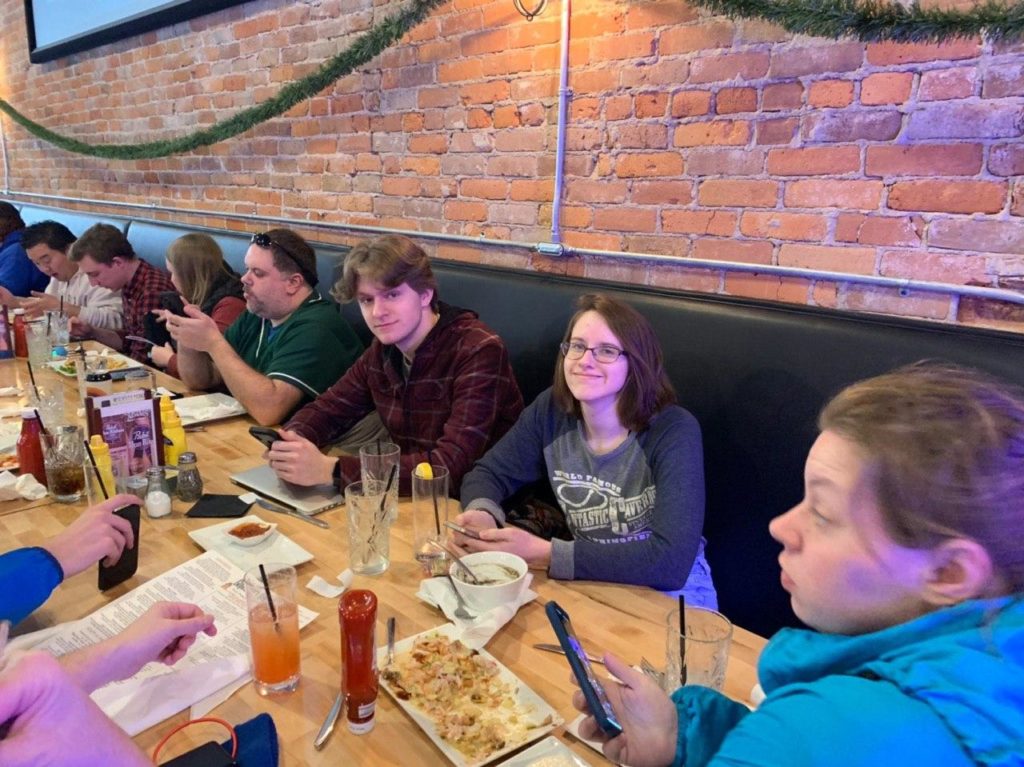 Special Thanks and Congrats To These Agents: