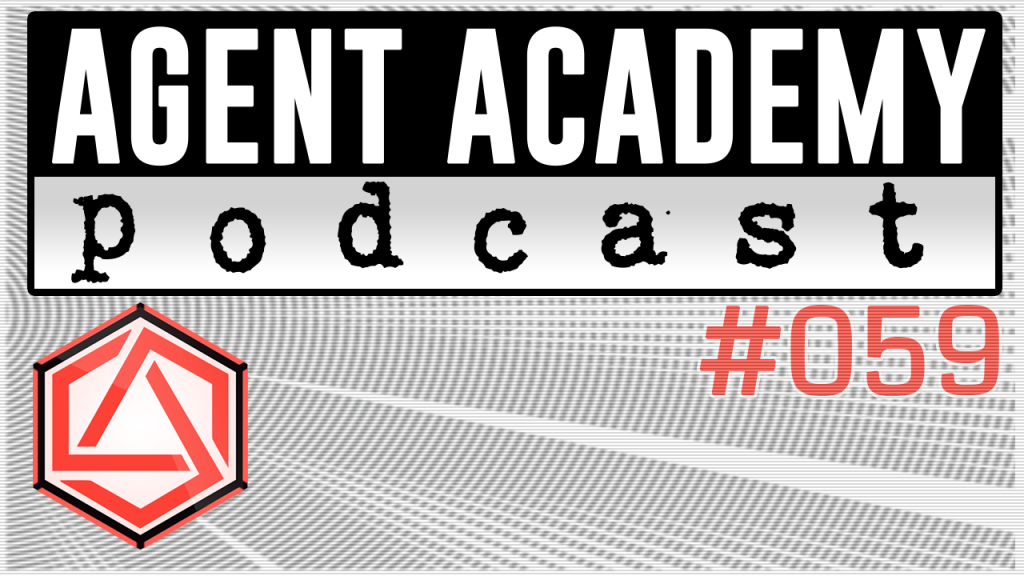 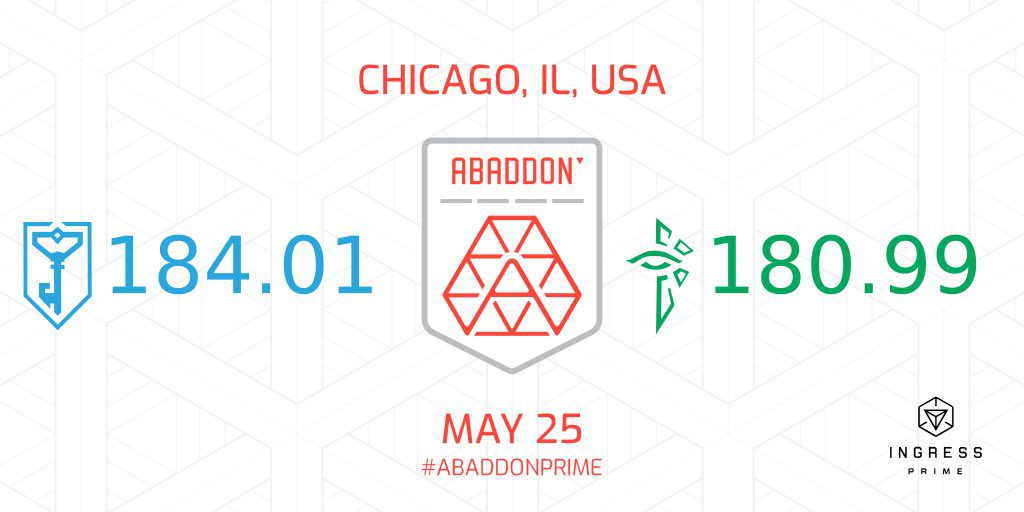 After a tough fight from both factions, the Resistance are victorious in Chicago, bringing home the win for Abaddon Prime. With the win, there will be a special anomaly badge for resistance, as well as a new glyph, Osiris. The finals score: RES 184.01 – ENL 180.99 It all appears to have come down to […]

Resistance Tie Up The Abaddon Prime Series with Win in Amsterdam. 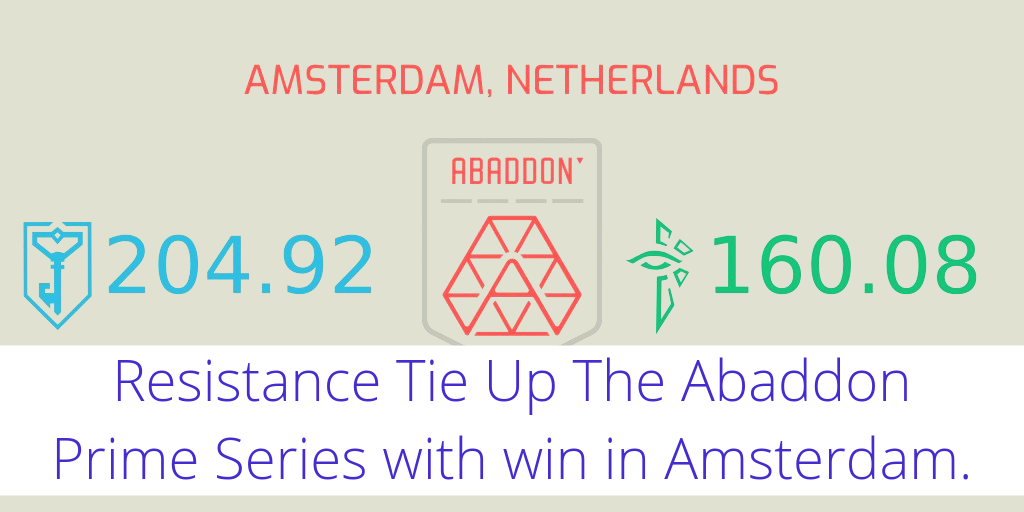 All Roads Lead to Chicago! After a close fight in Amsterdam, The Resistance win the day, even after the Enlightened used a Darsana Lens to try and pull out a win. So, it all comes down to Chicago. Will you be there? Be sure to find Agent GoonieGuy and get some trading cards, buttons and […]

After the Resistance GORuck team swept the events over night, it appeared that the Enlightened might have trouble in Taiwan. At the first measurement, ENL showed they came to play with the first announced score at the 1/3 mark 21.56 Resistance to 178.44 Enlightened. The Resistance fought hard and brought the scores much closer, but […]

Niantic has released the rules for the Abaddon Prime Ingress Anomaly set. Click on the link below to read the rules. [ ABADDON PRIME RULES ]

Today on the Agent Academy: KO LAN – Things are happening or did happen over there. New portals, just for the event. Agents performing actions to those portals that are on the 2 teams that went to ko lan. https://www.agentacademypodcast.com/ingress-news/operation-ko-lan-update-activity-on-the-ground/ Abaddon prime opened applications for embedded reporters: https://www.agentacademypodcast.com/ingress-news/abaddon-prime-embedded-reporter-applications-now-open/ You can reserve your Ingress or Pokemon […]

Want to take some photos or videos and post them to your social media channel during the Abaddon Prime anomaly? Niantic Labs has opened up applications for interested Ingress agents, see link below: https://docs.google.com/forms/d/e/1FAIpQLSfrdDFYmiuoGhZIDUjJM8StVQ80S1BN66K5If806V_eLMMVjg/viewform 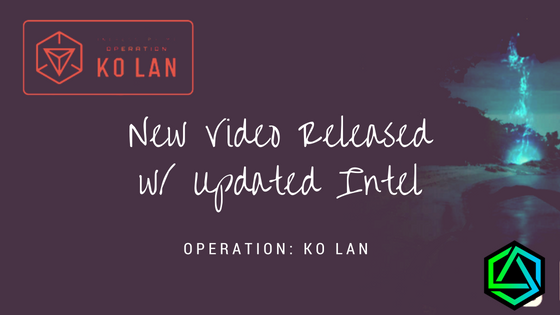