The rules for the upcoming Cassandra Prime anomalies on July 28, 2018 have officially been released.  You can read the full rules here: https://docs.google.com/document/d/1iX9uDUolaoYYNqs74kWVes7bYYLFHsN25NWkSP9Unpo/edit

An Anomaly is a window in spacetime where the state of XM at key locations can change the course of a universe. Each XM Anomaly is distinct. Our mission is to predict how Anomalies will manifest so that Agents can use the Ingress Scanner to control their outcome. This document contains vital intel related to upcoming XM Anomalies.

The Cassandra Anomaly series is the first in a year-long sequence of Anomalies which has been codenamed TS-OSIRIS. The winner of each Anomaly series in this sequence will gain access to an object of vital importance which will increase their chances of victory in TS-OSIRIS. The final Anomaly series will take place in May, 2019. At that time, we predict that the Faction that controls TS-OSIRIS may, in fact, determine the fate of our entire universe. It is unknown what lies beyond this rubicon.

Following Epiphany Night, Carrie Campbell has been working prolifically. In order to further her work, she will be present at the upcoming XM Anomaly in San Diego, and all XM activities during Cassandra will contribute to her research. Signals Intelligence (SIGINT) has uncovered that, at the highest levels of the Factions, plans are emerging to use strategically placed XM fields for political gain. It is possible that Oliver Lynton-Wolfe’s presence in Warsaw and Hank Johnson’s presence in Sapporo are related to this. Campbell fears that these high level plans may backfire, and that this conspiracy will unleash a dangerous signal on the world. She intends to use the CASSANDRA Anomaly series to research the signal, and develop countermeasures to protect humanity. In exchange for their assistance, she will grant the Faction that wins the CASSANDRA Anomaly Series access to her journal in the hope that it will aid them in the future. She believes that the research contained within her journal will be vital in facing challenges that lie ahead.

The Anomalies will be structured as follows:

In determining the overall victory of the Cassandra Anomaly Series, Primary Anomalies will have a value of 2, and Satellites a value of 1. The Faction with the majority of the points at the end of the Series will claim Carrie Campbell’s journal. In the event of a tie, both Factions will gain access to some contents of the journal, however neither will be able to leverage it as an advantage in TS-OSIRIS.

Each Anomaly will take place within a specific set of Portals designated as the Anomaly Zone. Maps will be published to clarify the approximate footprint of the Anomaly Zones. In addition, Portal ornaments will be present during the Anomaly to indicate which Portals are an active member of the Zone.

During the Anomaly, all active Portals in the Anomaly Zone will be ornamented as below on Intel and in the Scanner.

In addition, Portal ornaments may also be used to indicate specific kinds of Portals based on the Phase. The details of these ornaments are outlined in other sections below.

Over the course of 1 hour, Agents will have to control all the active Portals in the Anomaly Zone. By doing so, they will be able to extract important XM signals for Carrie Campbell.

All active Portals in the Anomaly Zone will be measured four times over the course of the hour. At the time of the Measurement, each of these non-volatile Portals will have a value of 1.

Volatile Portals will not be ornamented or otherwise visible on the Intel map or in the Scanner. Their locations will only be able to be determined by successfully deciphering encoded notes and other intelligence. Some of the encoded notes and intelligence will be provided shortly before and during the Phase, and will require rapid decryption by Agents and their supporting cryptanalysts.

Some encoded intelligence may uncover locations of value in other regional Anomalies happening simultaneously.

The total score for each Faction will be recorded at each Measurement. At the end of Phase 1, the highest score achieved by each Faction during any of the four Measurements be selected as their final score.

The 100 points for Phase 1 will be divided between the two Factions using a percentage distribution model based on these final scores.

The research data acquired during Phase 1 must be transported to specialized Research Nodes using XM Shards for further analysis in order to develop a counter-signal.

Prior to the beginning of Phase 2, Faction-Specific Research Nodes will manifest within the Anomaly Zone.

Approximately 10 minutes prior to the beginning of Phase 2, Shards will manifest in the Anomaly Zone.

Once Phase 2 begins, the Shards will attempt to jump along Portal Links between Portals L4 or higher every five minutes. They will continue to do so until the end of Phase 2.

While Shards and Research Nodes will only manifest on active Portals within the Anomaly Zone, once manifested, Shards may travel to any Portal within the Portal network. Should circumstances require, such as due to the interference of bad actors, NIA operators will manually move Shards to a Portal of their determination within the Anomaly Zone.

Each time a Shard lands on a Faction specific Research Node that it has not visited previously, it will be scored for that specific Faction. At the end of Phase 2, the total Research Node visits will be summed the 100 available points will be distributed using a percentage method.

The current Faction owner of a Research Node Portal will have no impact on score. Shards on ordinary Portals or Faction Research Nodes that have been previously visited by that specific Shard will also have no value.

Shards will not backtrack to any Portal they were present on within the previous 13 minutes. If multiple viable Links exist, a Shard may travel on any one of those Links, and if multiple Shards are present on that Portal, they may each jump along different Links.

Overhead Fields that interfere with Phase 2 research may spontaneously destabilize.

Each Anomaly will have between 3 and 20 Research Nodes per Faction and between 6 and 71 Shards. The details are outlined below, but are subject to change should NIA operators determine this necessary based on circumstances.

It may be possible for Factions to learn the identity of some Research Nodes in advance by successfully exploiting any of a number of intelligence distribution channels.

Once developed, the counter-signal must be distributed and broadcast into the Local Portal Network.

In order to do so, Link Starbursts need to be created at Faction-specific, Starburst Target Portals. It is unlikely that these Portals will be the same as the Phase 2 Research Node Portals.

Each Faction will need to create as many Links as possible to the Starburst Target Portals that are assigned to them. These Portals will be specifically ornamented during Phase 3 as indicated below:

Two Measurements will be conducted during Phase 3, each with a unique set of Targets.

The first Measurement will take place between the 30 and 32 minute mark after which the first Target set’s ornaments will turn off and a new Target set will be ornamented. The second set of Targets will be measured between the 60 and 62 minute mark.

The number of Starburst Targets per Faction will vary per city, and is outlined in the table below. This data is subject to change should NIA operators determine this necessary based on circumstances.

At each Measurement, the number of Links connected to each Faction specific Starburst Target will be measured. If the Target is under control of the Faction it belongs to, each Link will have a value of 1. This Link could be connected to an Anomaly Zone Portal, any other Portal in the Network, or another Target. If a Link connects two Targets, it will be counted once for each Target.

At the end of Phase 3, the highest score achieved by a Faction across both Measurements will be selected as its final score, and the 100 points available will be distributed using a percentage model.

Overhead fields that interfere with the Phase 3 countersignal distribution process may spontaneously destabilize.

It may be possible for Factions to learn the identity of some Starburst Target Portals in advance by successfully exploiting any of a number of intelligence distribution channels.

Mission: A wide survey of the Anomaly Zone for baseline data.

Over the course of the entire Anomaly window, from the beginning of Phase 1 to the end of Phase 3’s final Measurement, the Portal Hacks of each Active Agent will be tracked. (An Active Agent is one who has Registered, had their ticket scanned and hacked the Registration Portal).

For each Faction, the highest and lowest 15% will be removed, and from the remaining Agents, the average number of Unique Anomaly Portals Hacked per Agent will be selected as the Faction’s final score.

The two scores will be divided between the 50 available points using a percentage distribution model.

At Primary Anomalies, Agents will be able to take part in physically and mentally gruelling Prime Challenges. Their mission will be vital to Carrie Campbell’s research, and the top squad in this mission will gain 50 points for their Faction.

A number of Intel distribution channels have been identified, possible including but not limited to: Intel Ops, Stealth Ops, live and dead drops, decoding challenges revealed during the Anomaly, and the Ingress Investigation. In addition, the winners of the #DarkXMCure challenge will gain access to the intel earned by that victory.

The value this intelligence could hold in allowing a Faction to achieve victory cannot be underestimated.

Amendments to this document, if any, will be briefly summarized and timestamped below: 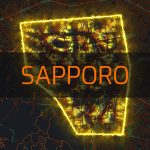 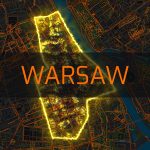 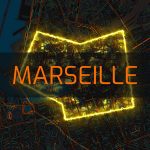 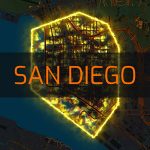 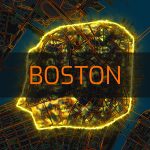