We told you recently about a new app that will replace the original Ingress app for agents that have upgraded to the Prime scanner.  It’s called, “Scanner [REDACTED]” and it is now available in the Google Play store: https://play.google.com/store/apps/details?id=com.nianticlabs.ingress.prime.qa&rdid=com.nianticlabs.ingress.prime.qa This app will only be available for current Ingress Agents and will be removed once feature parity […] 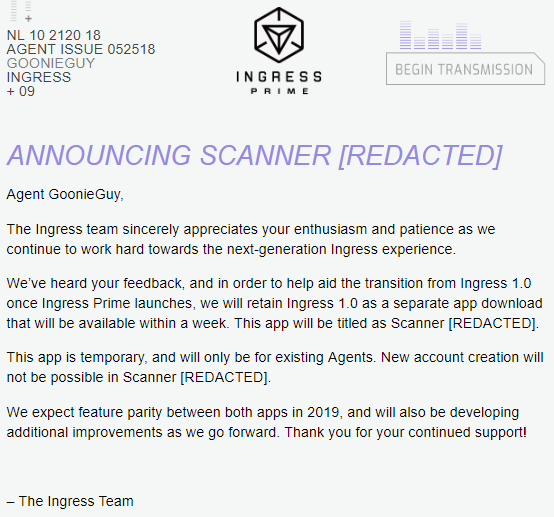 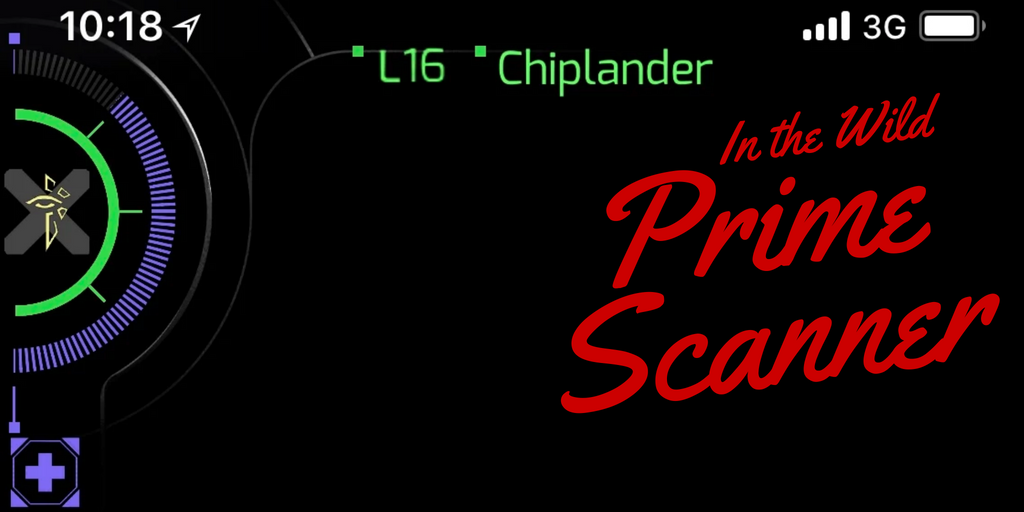 Agent Chiplander, the Swag Sherpa, posted an image on his G+ page with a screencap of the Prime Scanner. We expect there to be a lot of these images and videos coming our way this weekend, so we’re going to be adding a gallery of PRIME SCANNER media shortly! Until then, here’s the pic that […]